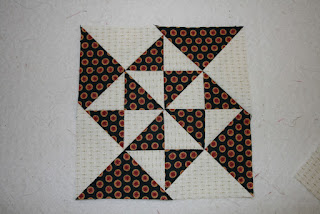 I am caught up with the Sow-A-Long.  This is Road To Fortune.  I ended up making two blocks as I made HSTs by mistake and decided to make a basket block with some of them. 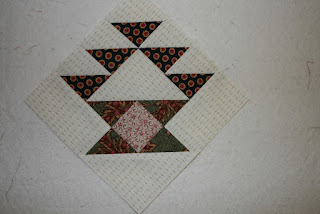 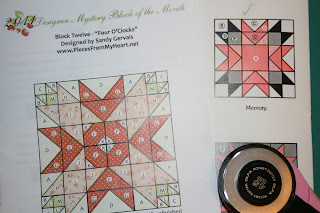 Then I needed to sew the last block in the 2011 Designer Mystery BOM from the FQS.  I emailed Kimberly Jolly this morning and asked where the finished quilt was and she pointed me in the right direction.  I think I'll probably come up with something on my own as I am not nuts about what's offered.  I also modified the last block, something I have been doing throughout the year long series.  I just wasn't crazy about those tiny pieces in the middle and on the outer edge.  It looked like a variation on the Memory block so I went with that. 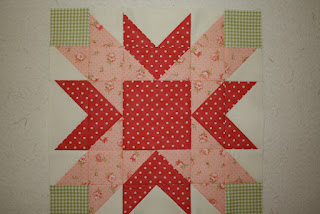 I bought a pamphlet back when I first started making quilts that has 171 different blocks with directions in 12-inch and 9-inch sizes.  It has come in so handy through the years I marvel that I only paid $7.50 for it.
Talk to you later~