The Sum of Its Parts

It took awhile.  After much pondering and unease, I finished the GI Mystery Quilt.

I liked the idea of just sashing the blocks I had with some polka dot fabric cause we all know polka dots improve everything, right? 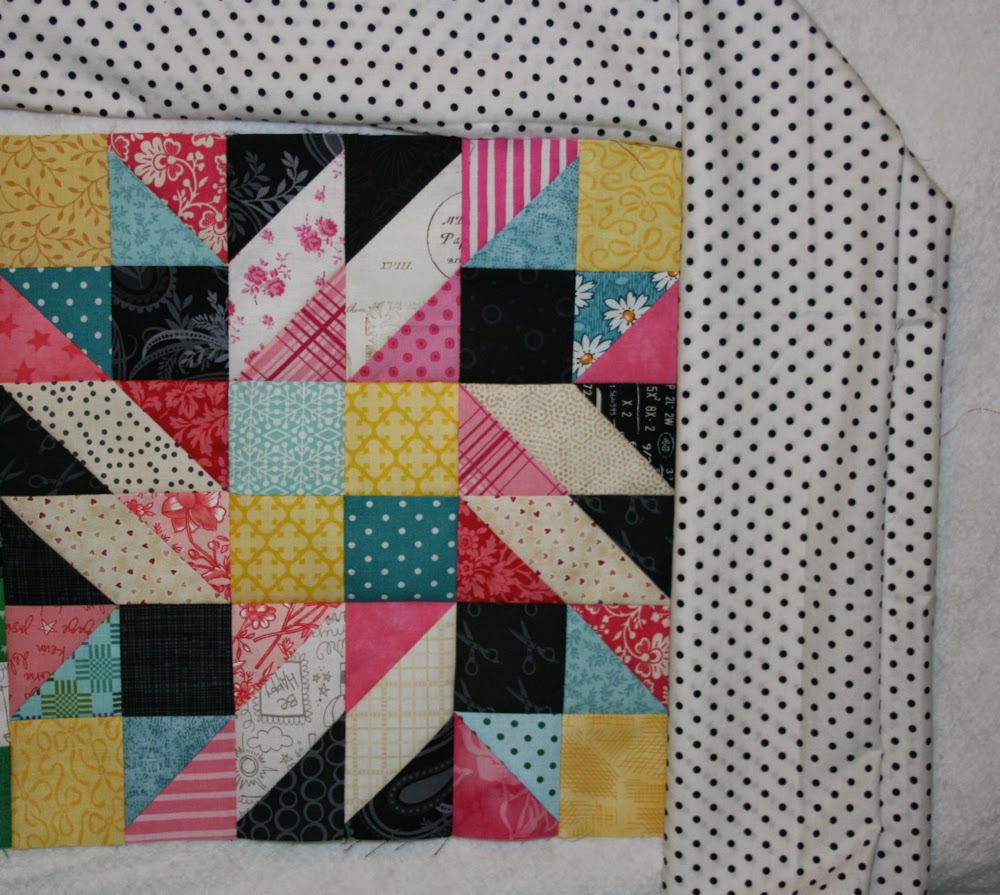 But I was short a bunch. Drat.

And in a comical attempt to calm things down (as if), I wanted to use this medium blue in all the cornerstones, 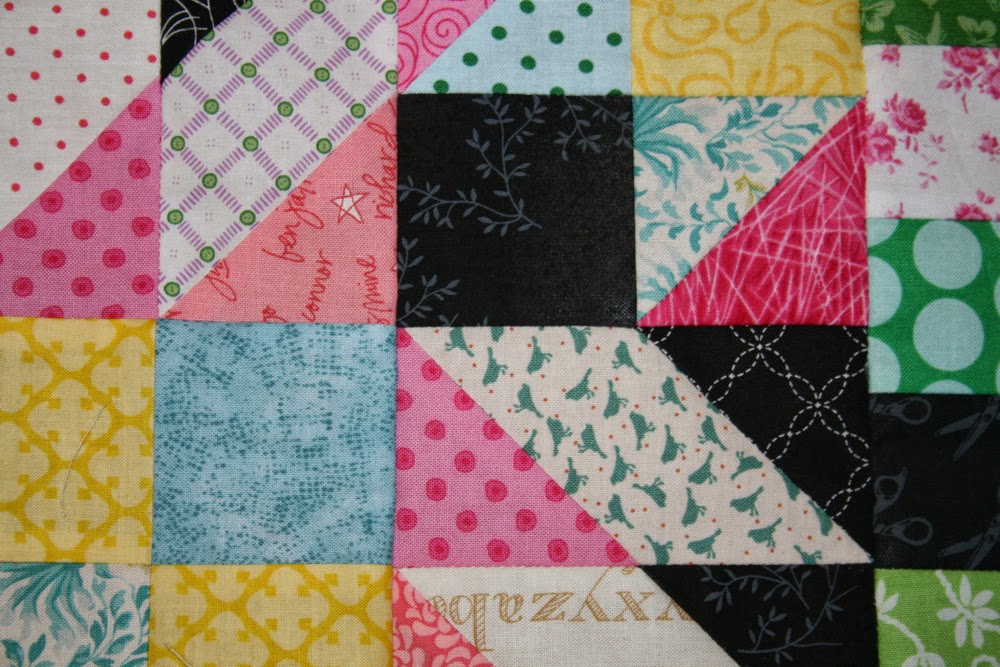 So I went with the dot idea again being I had enough of this Very Favorite All-Time Most Wonderful Fabric Ever Made Michael Miller polka dot, 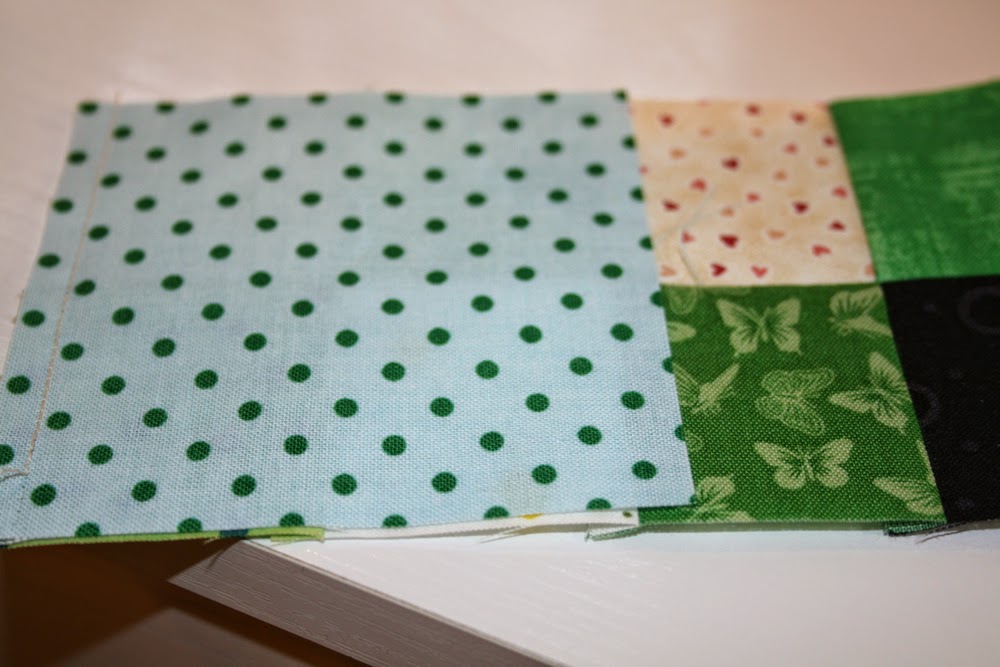 I love this fabric!  I only managed to get the end-of-the-bolt at my LQS last year.  I put a bit of it into this quilt before I realized how it would turn out.  Killed me to use up more of it in the cornerstones.  In retrospect, I should have just went with a mix of the blues I used in the quilt per the designer's scheme.

And yes, that is sewn wrong.  I was tempted it to just leave it.  But I didn't. 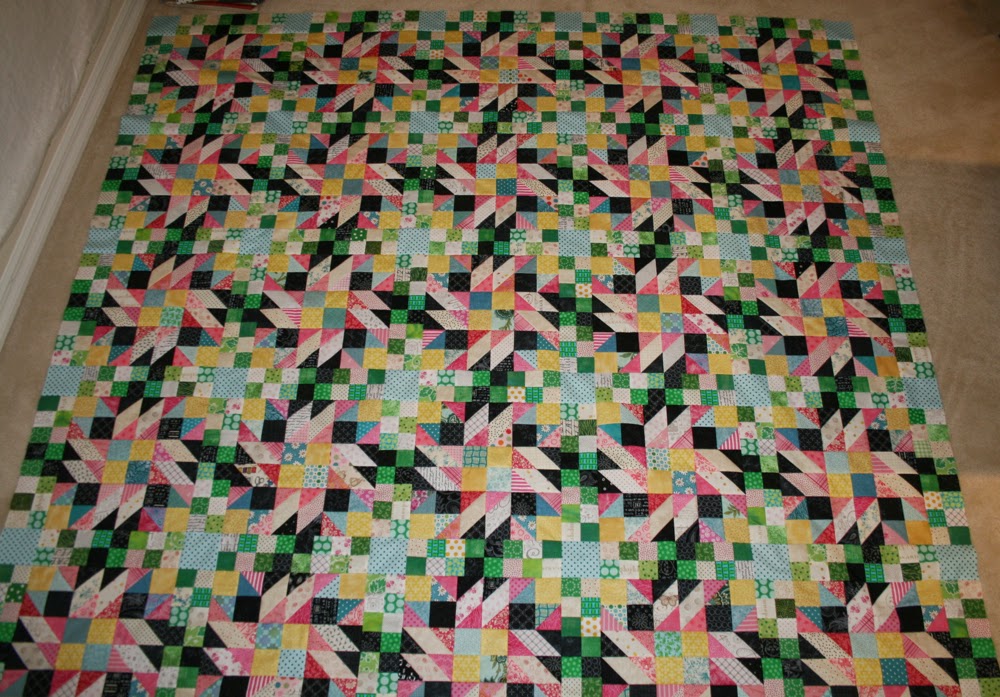 before the final borders!  Dizzy yet?!  Again, so tempted to leave the borders off, but they were made and not wanting any extra parts to remind me of this fiasco,  on they went. 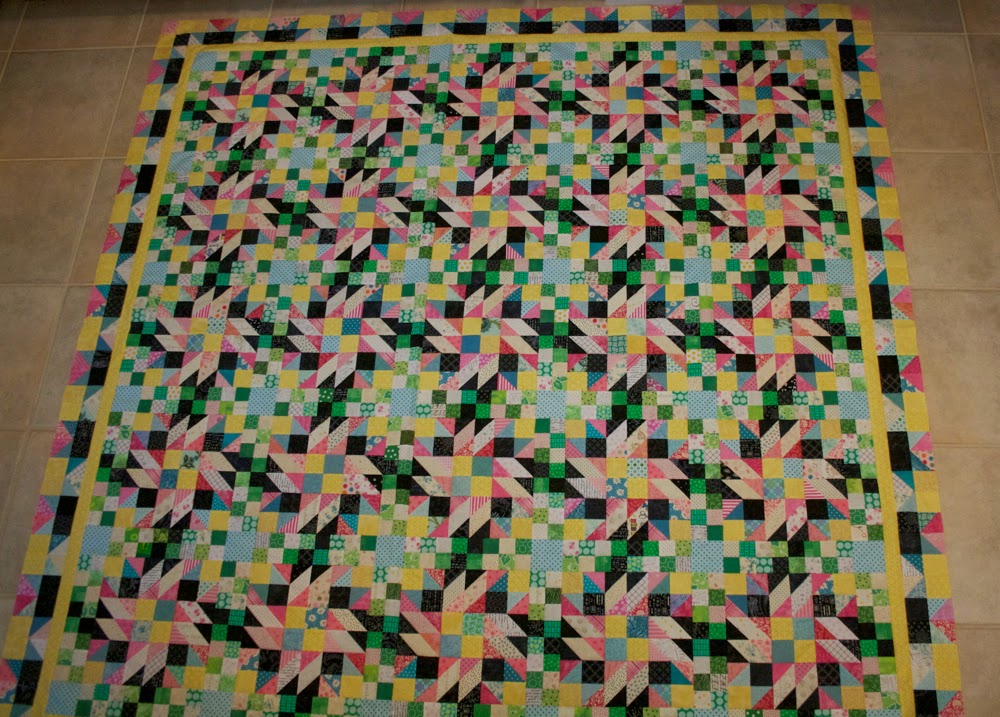 A close-up of a corner, 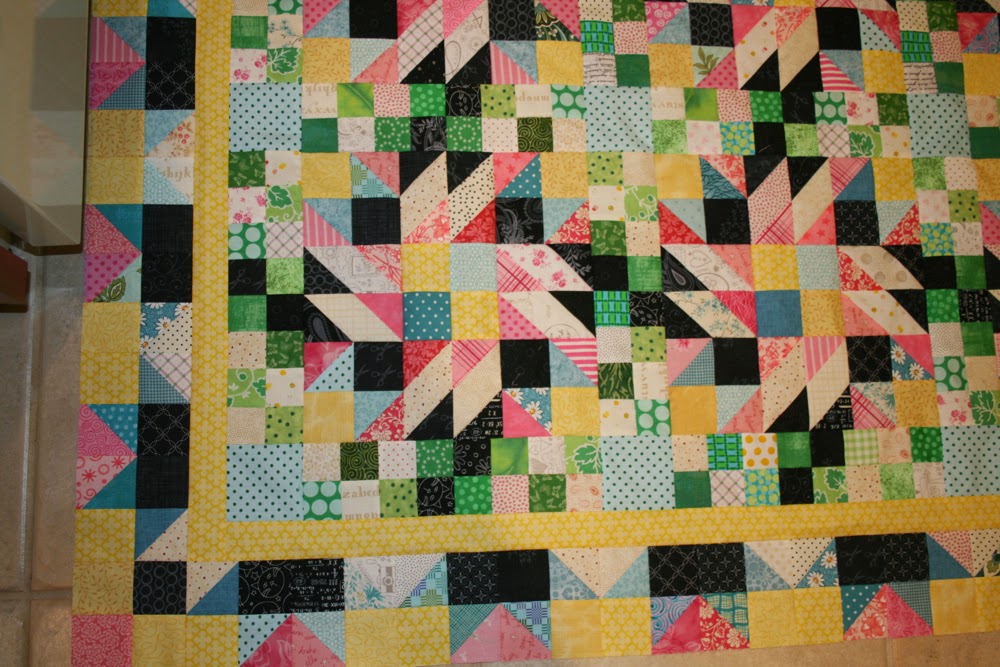 I'm glad I stuck with it and it's now done.  I dislike it for a few reasons.  It violates "the rules" and not in an artistic way that works; the busyness of the sashing and incorrect use of value doesn't allow the spinning block to really show. There's just too much going on!  I haven't decided the backing or binding yet nor if I'm going to quilt it myself,  or send it out.  I do know I won't be doing any more mystery quilts.

Anyone else finished theirs? 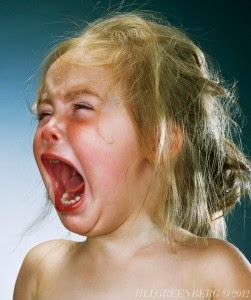 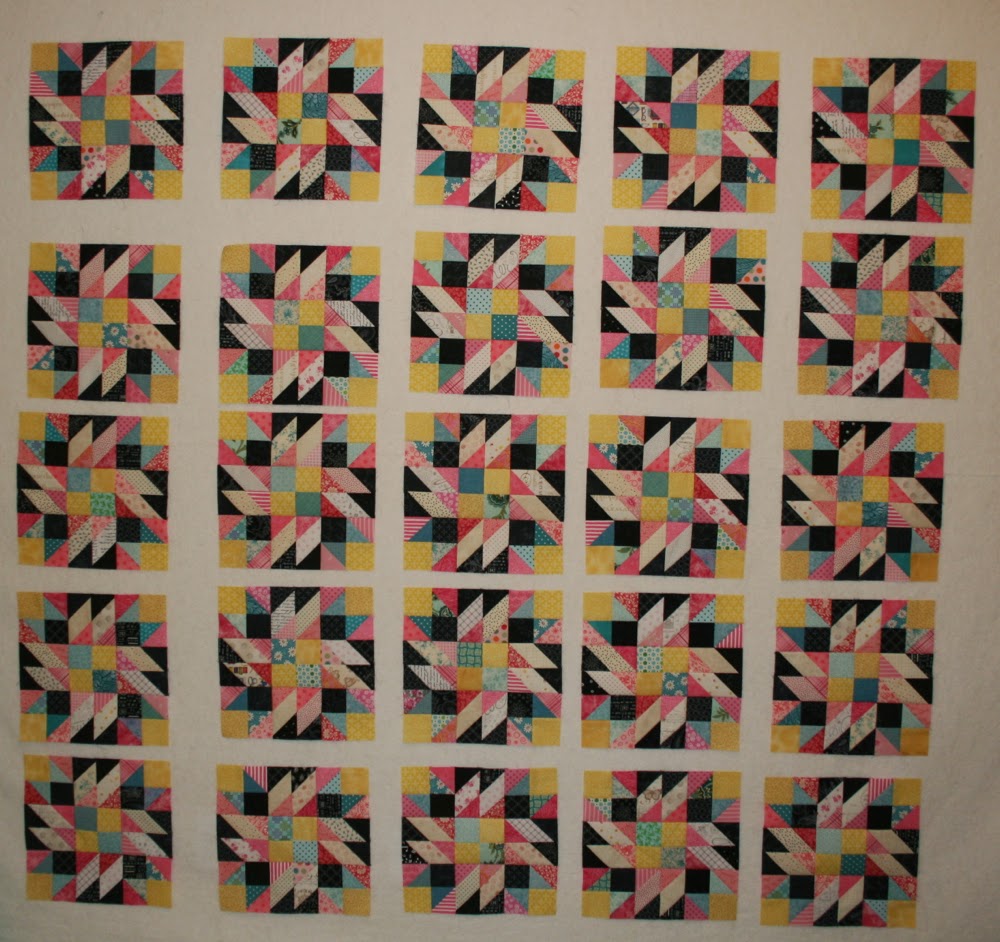 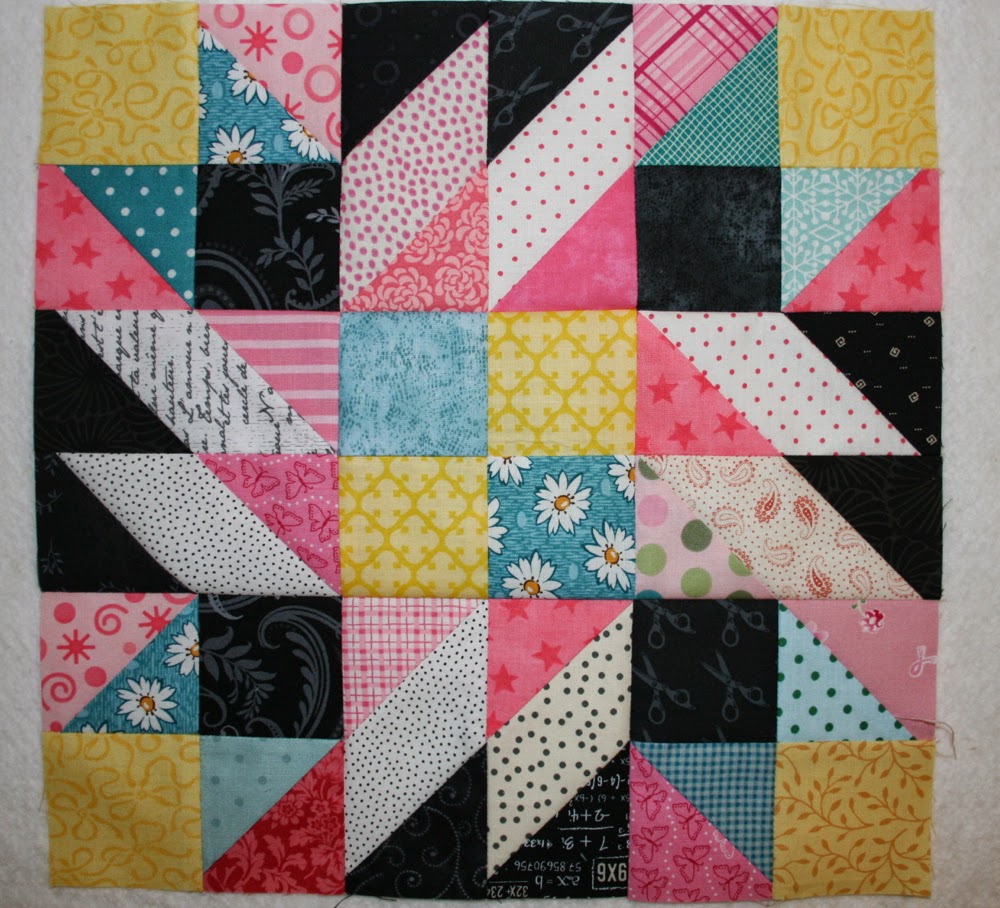 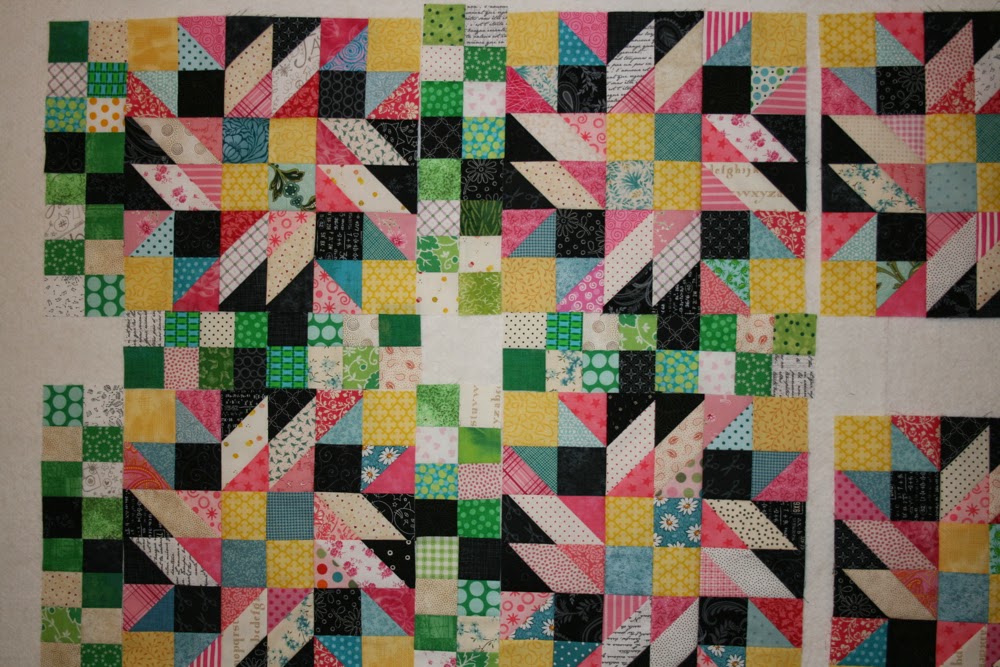 Any ideas?   You'll just have to excuse me now while I go have a good cry.
Posted by Marianne at 4:49 PM 3 comments:

Labels: Grand Illusion, jumbled quilt designs, mess, that is the question., To Finish or not, what was she thinking
Newer Posts Older Posts Home
Subscribe to: Posts (Atom)