Yikes!  Day 3 of NaBloPoMo and I almost forgot to post.  I was clueless as I can't show what I've been working on today as it's part of a Secret Santa swap that I signed up for in January.  I won't do that again!  It's been a lot of work, or I have made it a lot of work.  Plus the fact that we did not know who our partner was until most of the gifts were made/purchased.  I did not like the anonymity. 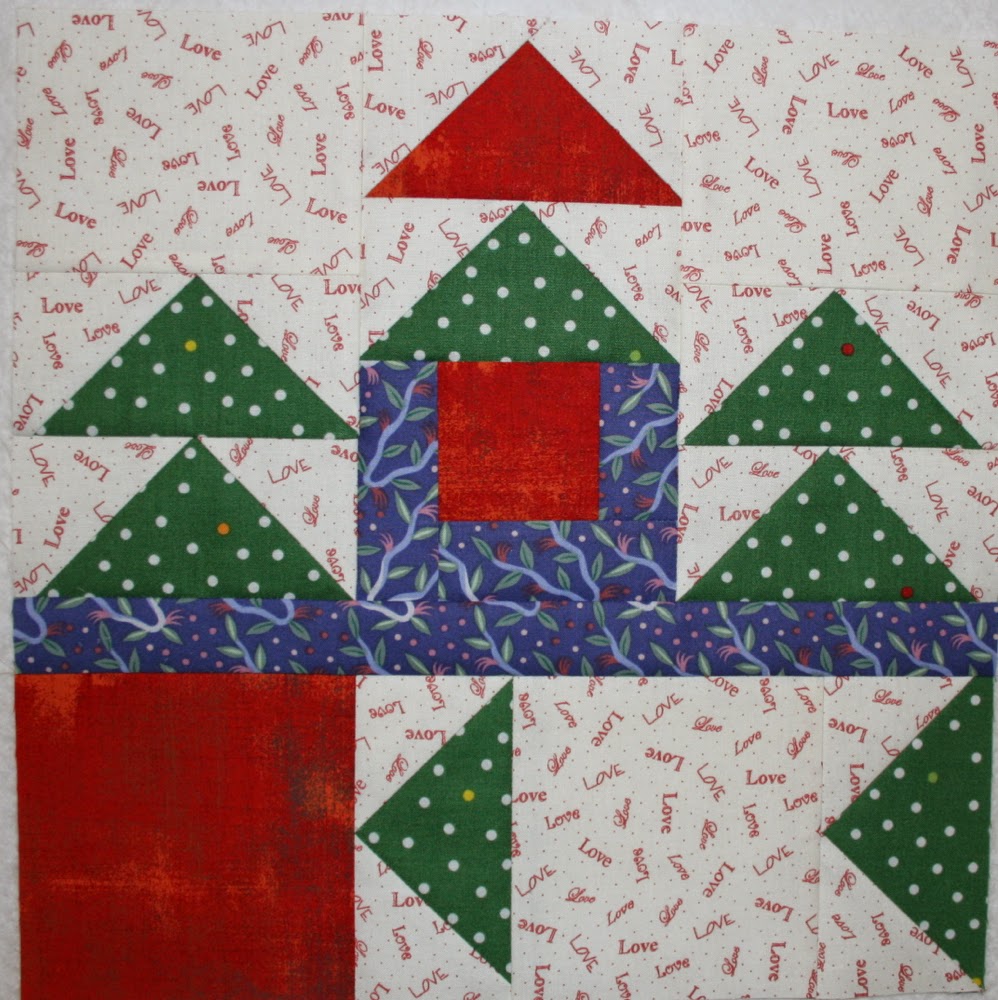 I made this block this morning.  It's from the Aurifil Designer BOM free program they offer online.  You can check it out at Auribuzz.  This one's by Scott of Blue Nickel Studios.  The block went together like a dream! 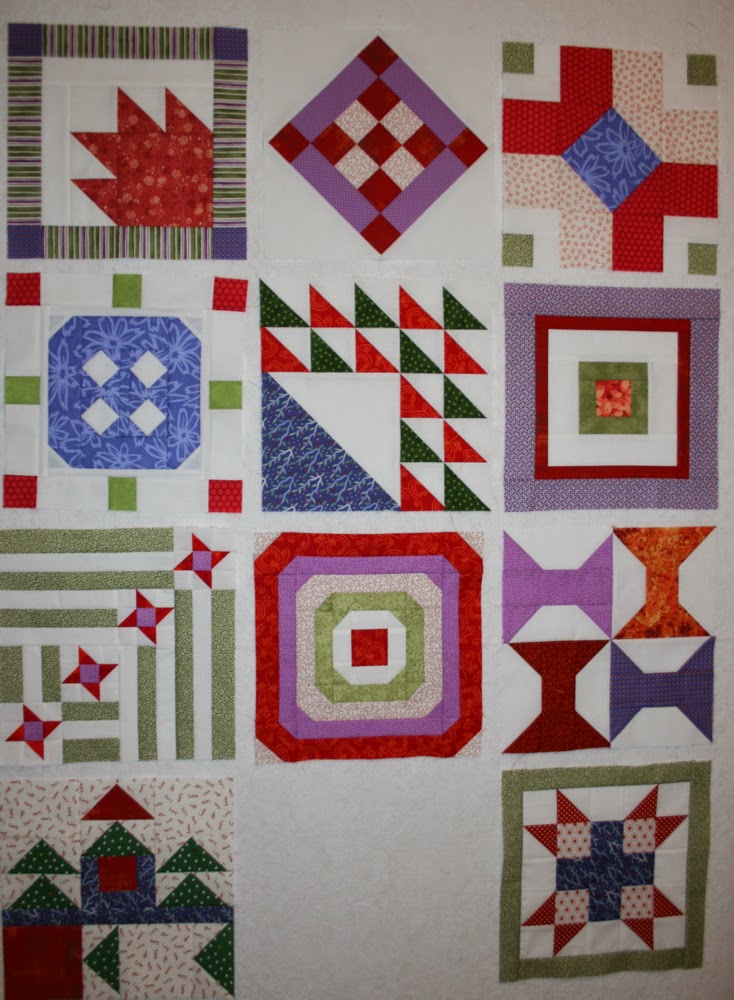 Here's the rest of the year's sewing.  I've been making them exclusively using scrap fabric.  I randomly chose 4 colors and and have been limiting myself to those.  It's been a real challenge. An interview with the designer is also included which I've really been enjoying.

Talk to you tomorrow.
Posted by Marianne at 4:25 PM