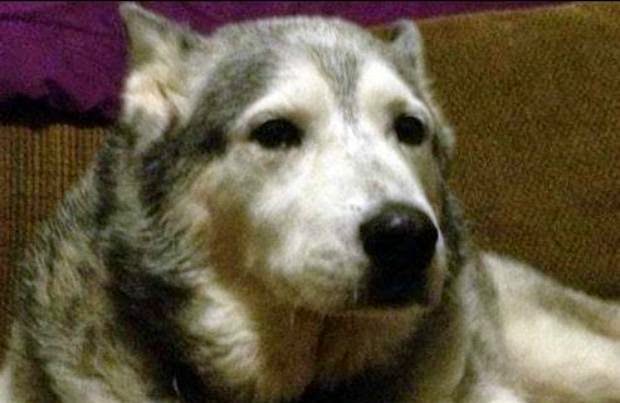 Yes.  I know.  This is a quilting blog, and no, that is not my dog.  I don't even have a dog.  I've got nothing against dogs per se but enough is enough!  Granted this story is eleven months old, but criminal behavior certainly must be brought to the public's attention and at the very least the perp must be shamed.  True I found this news article on the Internet so technically the public was informed but I didn't hear of this story last December, did you?  I rest my case.  Now on to the sordid details.

This dog, Cato, was caught on video camera stealing dog items from a store!  And it was more than one item and more than one time!  The store clerk said,

"… it happened twice within a few minutes.  She said someone had stolen pig ears, beef bones, dog food and treats off the shelf.  She knew their surveillance cameras were rolling, so when she watched the film, she saw they had a shoplifting dog."

What gets me is a cat would never be allowed to get away with shenanigans like this!  You and I both know that!  And that is the crux of the whole problem.  Dogs are cut more slack.  I don't know why, me being a 'cat-person' I've never been able to figure it out. When I brought this story to the attention of a friend he thought maybe it had something to do with the name of the town, Clinton, where the event occurred.  Who knows?

Back to sewing, I've wasted enough time with the misconduct of a cute shoplifting dog.

Labels: anyone there, Criminal dog, NaBloPoMo, no sewing