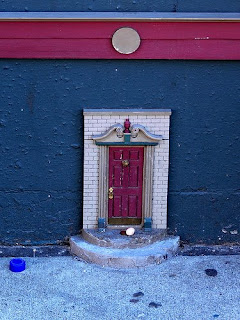 Do you know about fairy doors? I didn't until I overheard a conversation while at the booksellers yesterday and couldn't wait to Google it. Apparently, this little whimsy began a few years ago by an illustrator/inventor named Jonathan b. Wright. That's a nickel above the door below, for perspective. 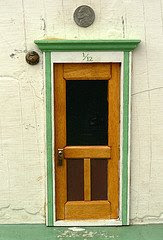 His wife had a preschool in their home and he built these diminutive doors for fairies. It was a big hit with the kids. 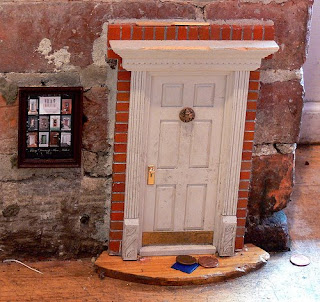 These pictures are of fairy doors found in businesses in Ann Arbor, Michigan where Mr. Wright lives. 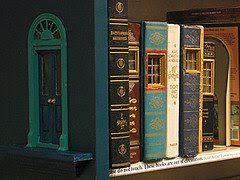 Several shops and cafes and even the public library embraced the idea. Maps were made to lead the way. 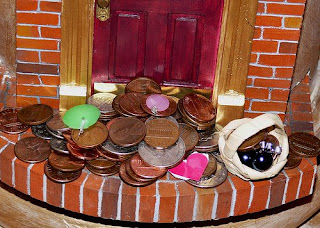 Coins, candy, small toys, chocolates, are sometimes left on the stoops to entice the fairies to move in. Why there is even a fairy door found at the downtown offices of Google. 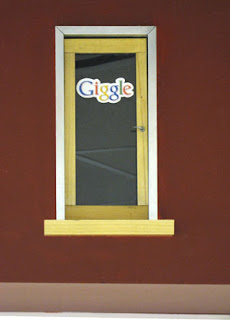 Much more can be found at Urban Fairies. Be sure to check out the fairy inhabited pumpkin.
Hope you have an enchanting Wednesday!
Posted by Marianne at 11:20 AM

Thank you for sharing the doors, I had never heard of them!