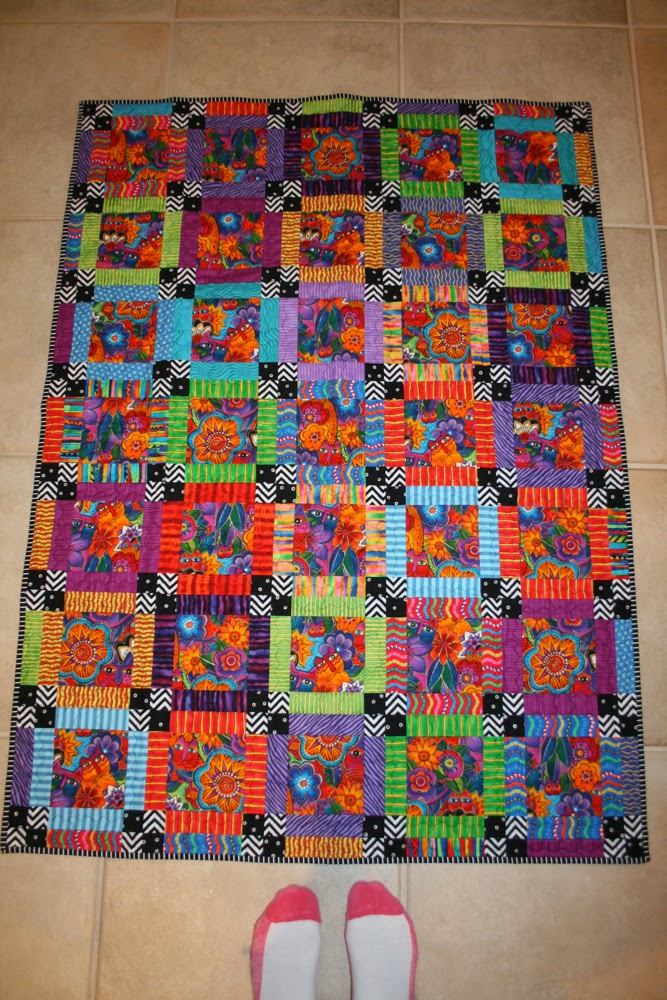 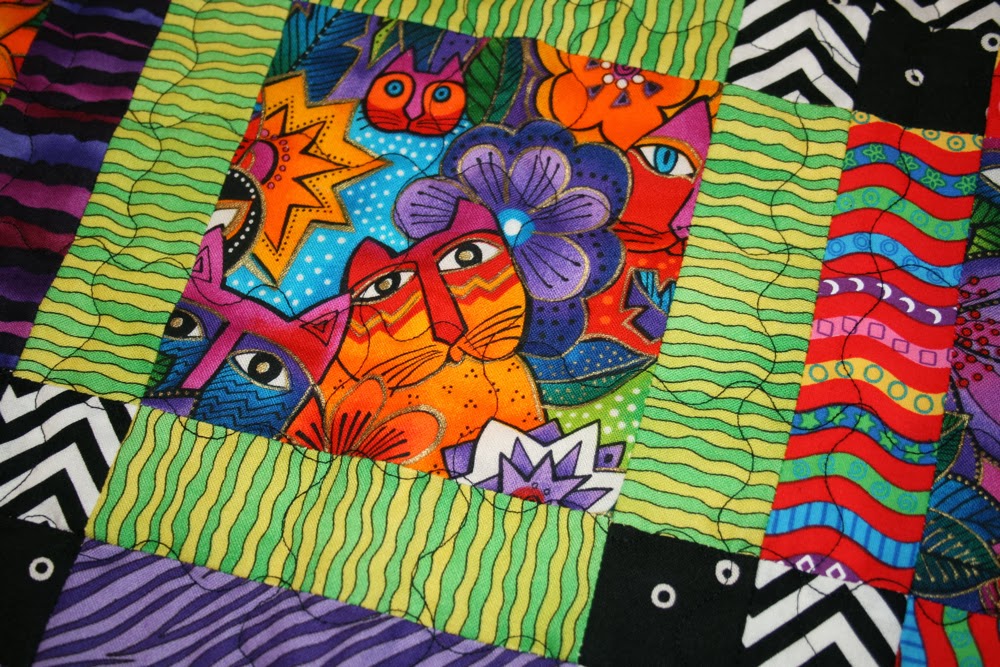 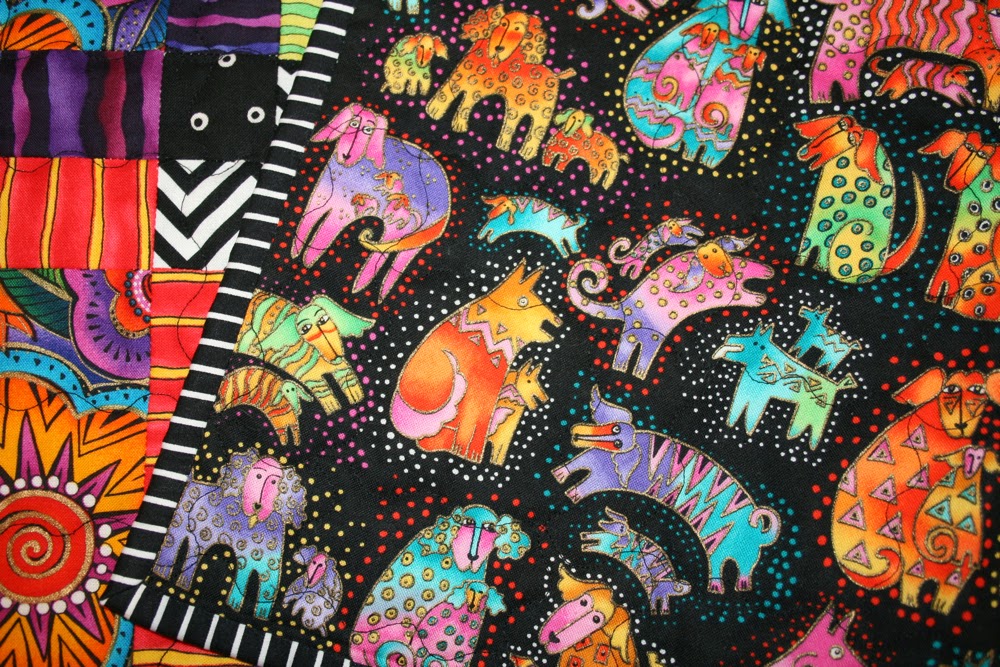 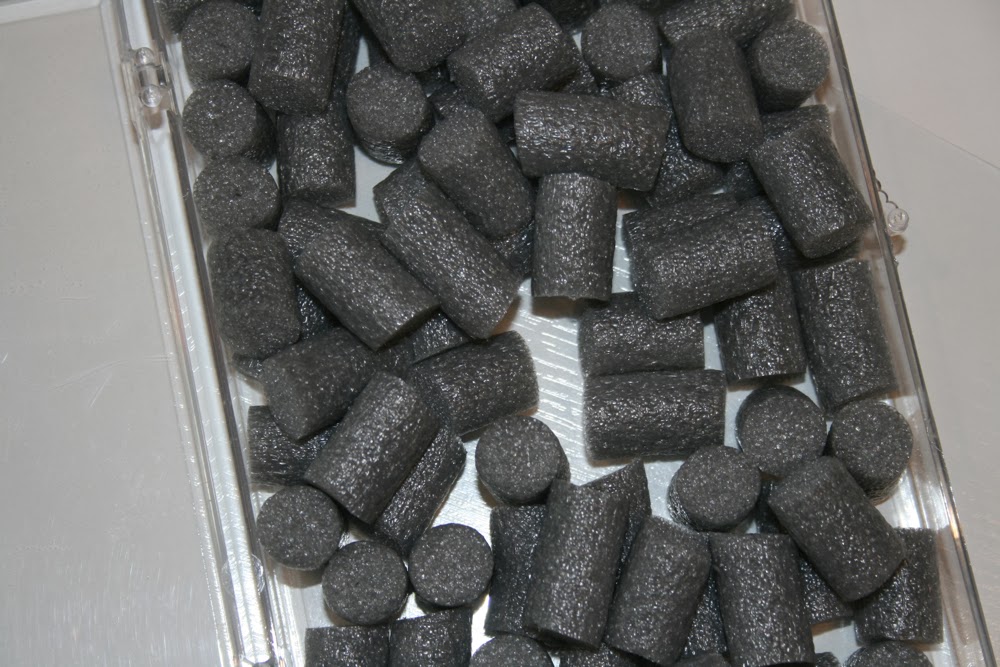 I finished this quilt and never got around to showing it.  It was a kit from Fons and Porter's Magazine that had been on my to-do shelf for ages.  I did use the little foam pieces I talked about here,
but I can't say they worked out all that well.  The foam isn't dense enough to really grip the pins so they kept falling out even though I was quilting a very simple design.  But there was enough hold that I could see them working for a table runner or smaller project. 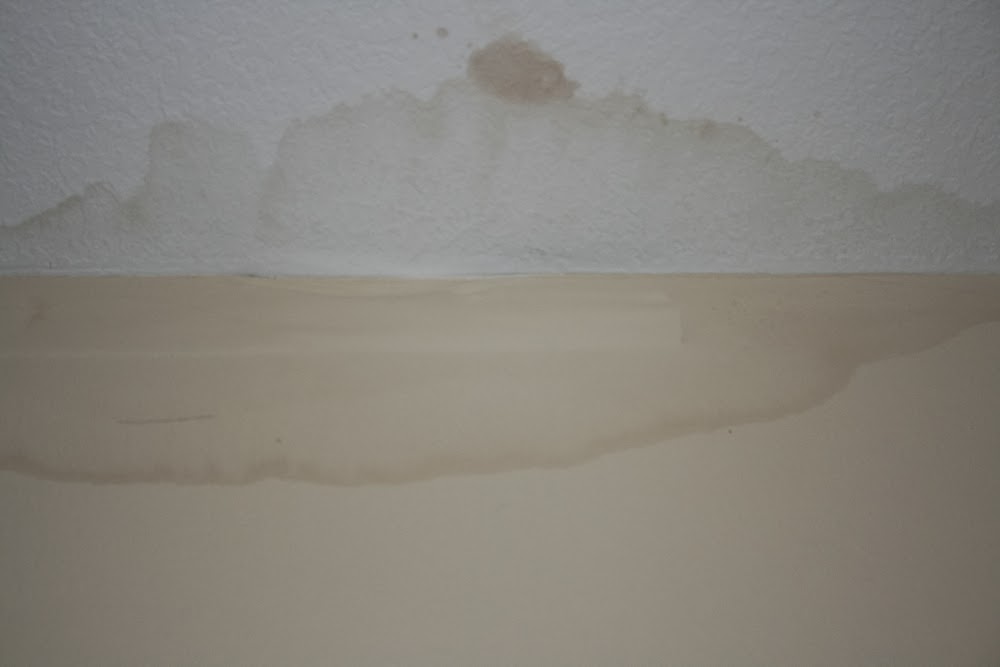 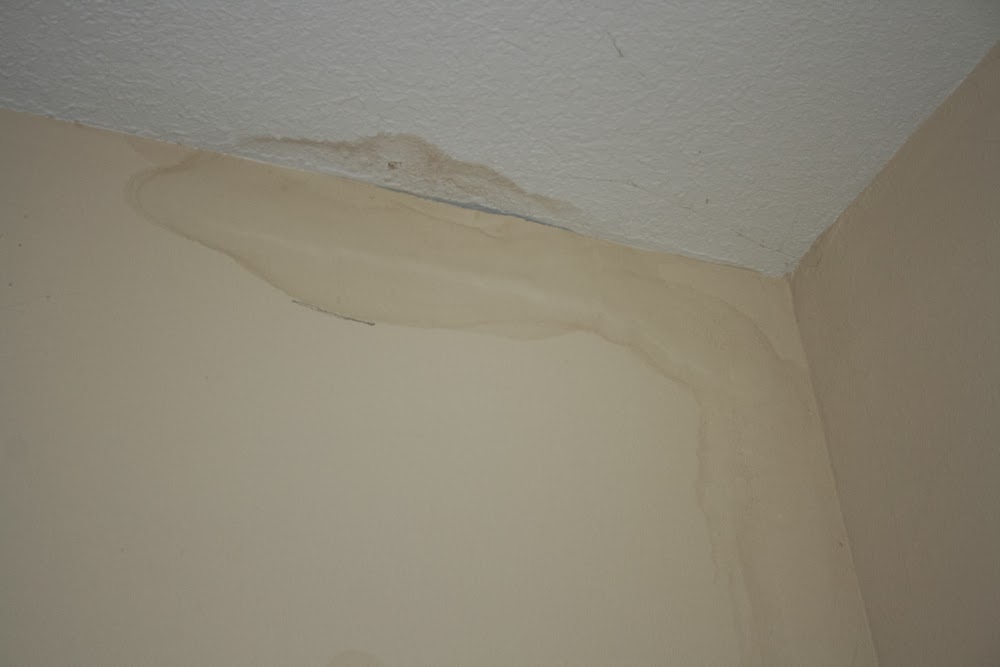 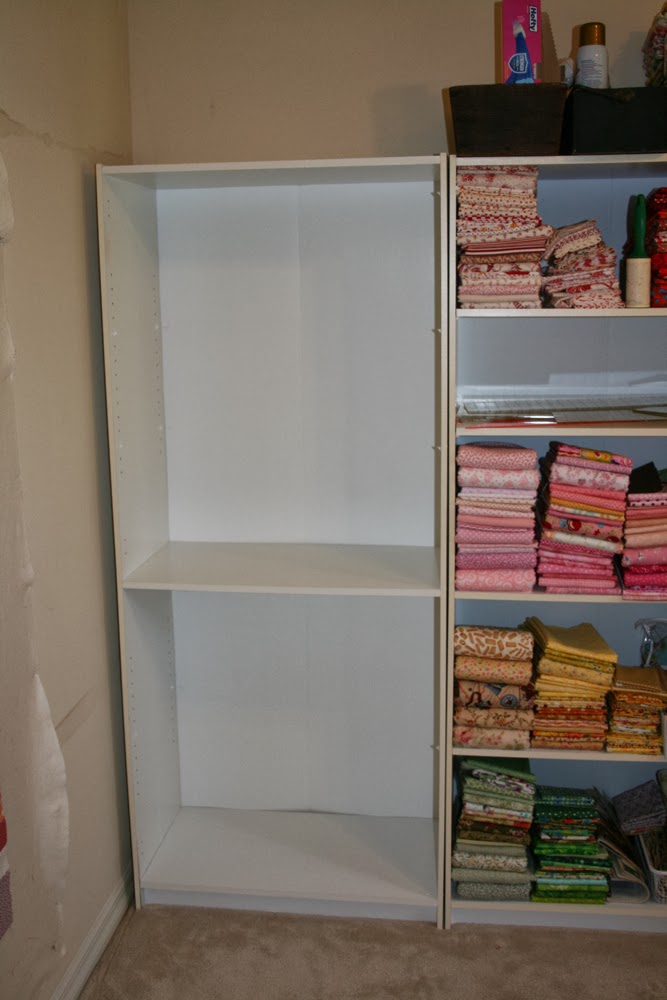 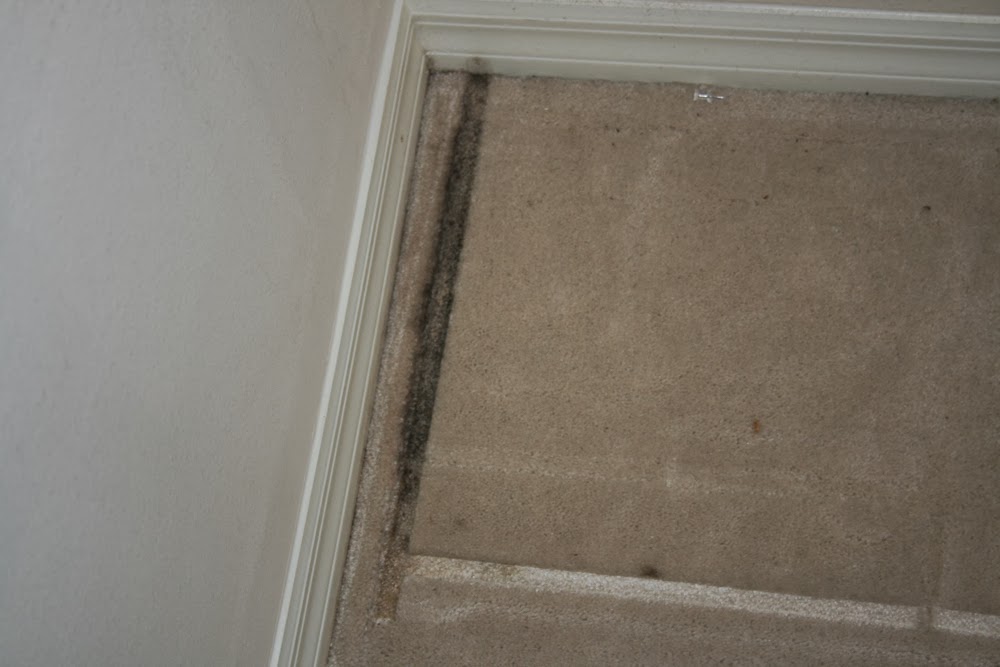 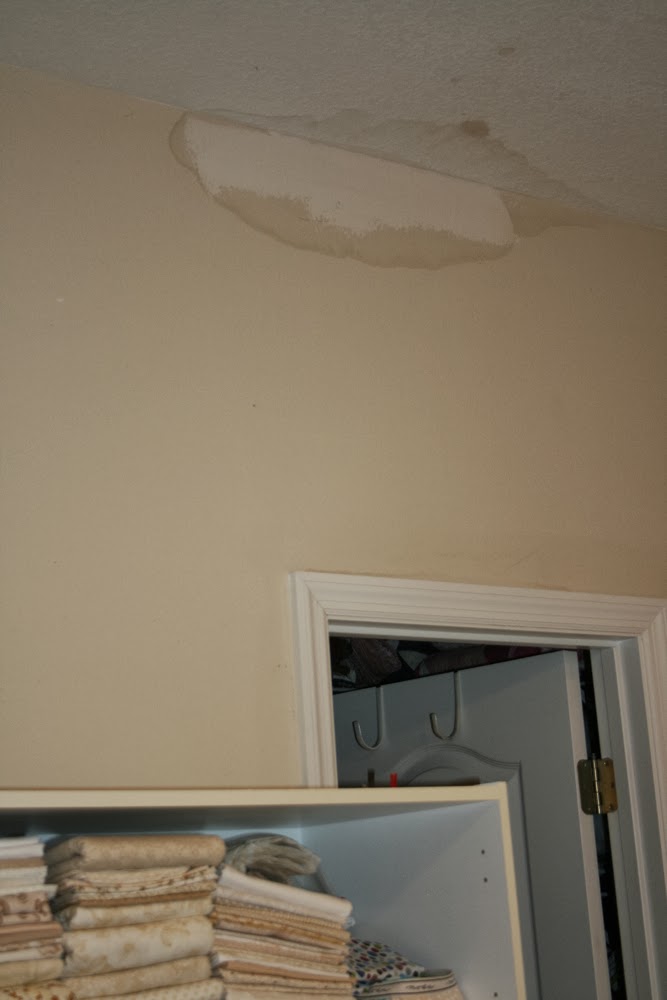 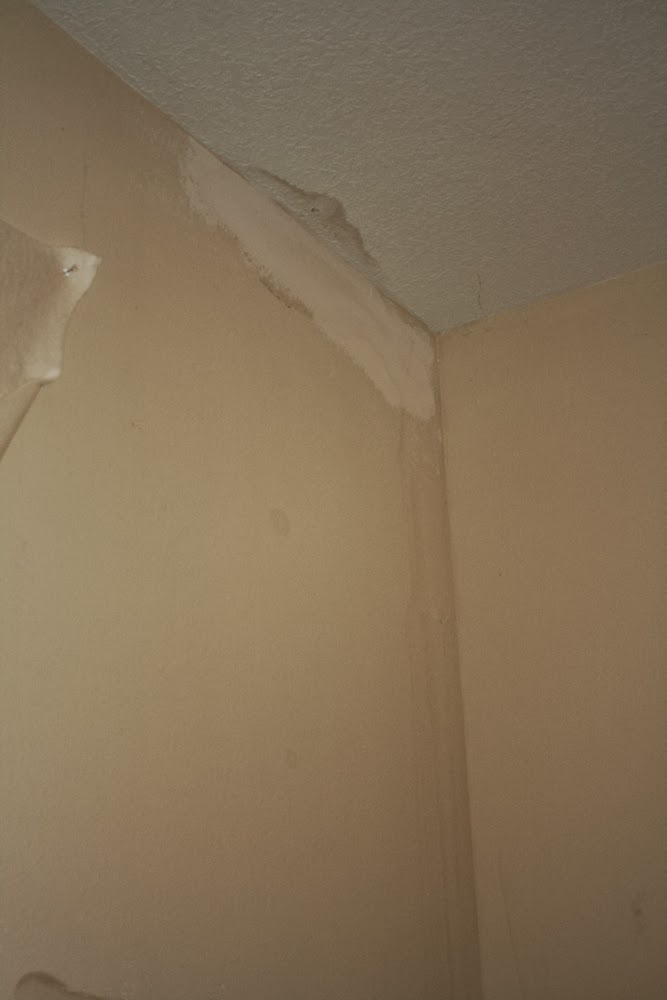 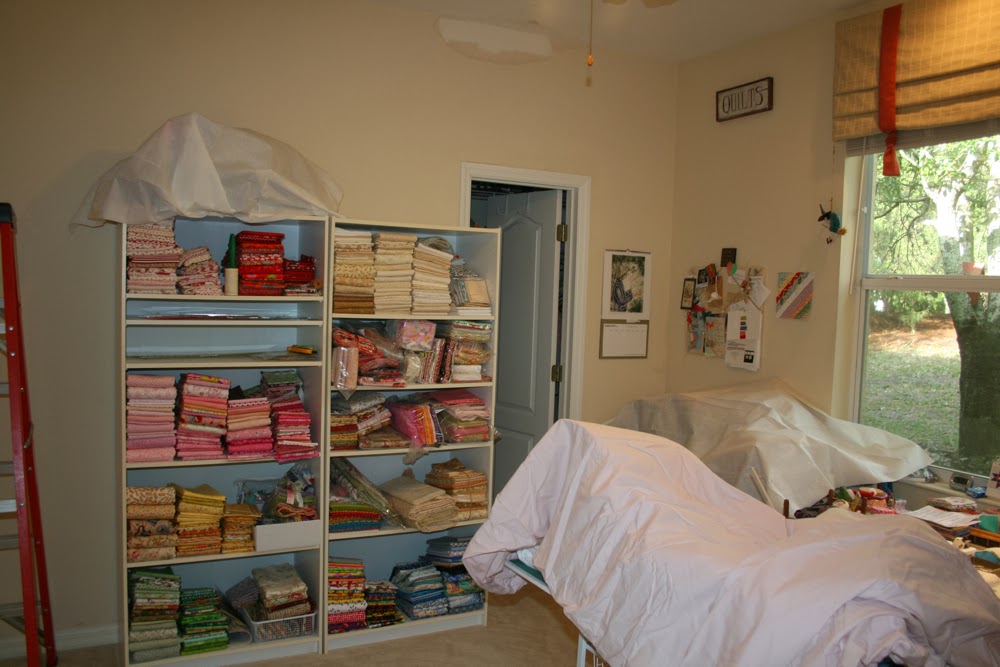 We had a roof leak develop late September of last year and of course, it had to be in my sewing room.  Ugh.  It took several days to notice it as this was when my kitty was sick and had only a few days left.  We had the roofers come out but apparently they didn't fix it.  At the time, I decided to wait until after it rained to make repairs.  Glad I did! It did not rain again, not one drop, until late January.  The weather was more obliging this time and rained to test the repairs right after they were made.  So, it's been no sewing for me, I got my BOMs up-to-date and I've been spackling, sanding, priming, and painting.  I did get that yucky mildew off the rug mostly.  But my one bookcase was ruined. I got all three at Lowe's about 10 years ago.  They don't sell them anymore.  That makes me sad. Oh well, maybe it's a good excuse to sew more--- got to empty that bookcase!

Hope to have things back in order shortly~ Happy Sewing.