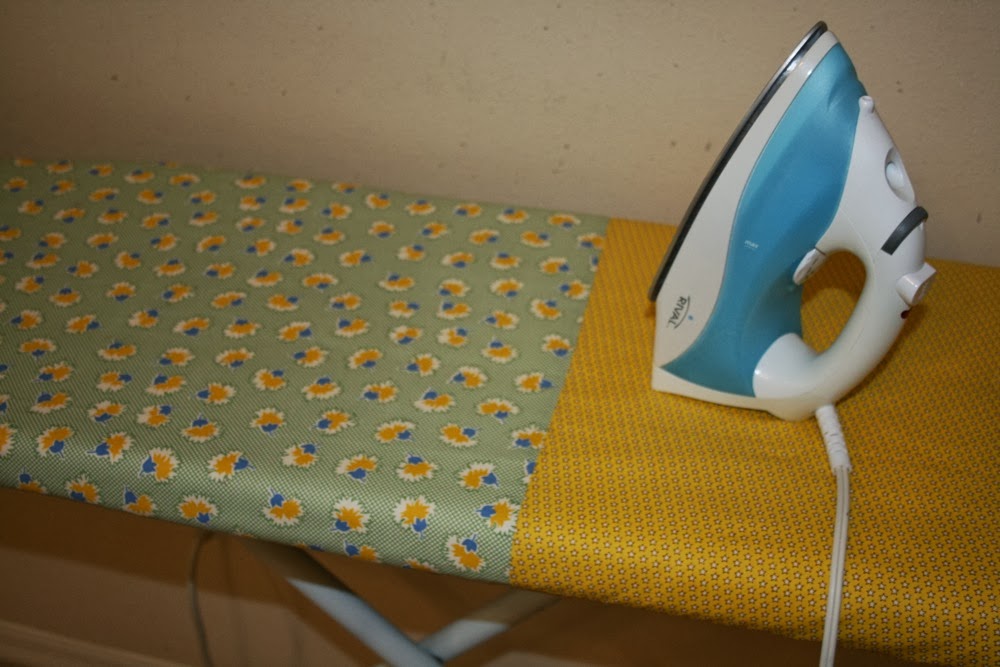 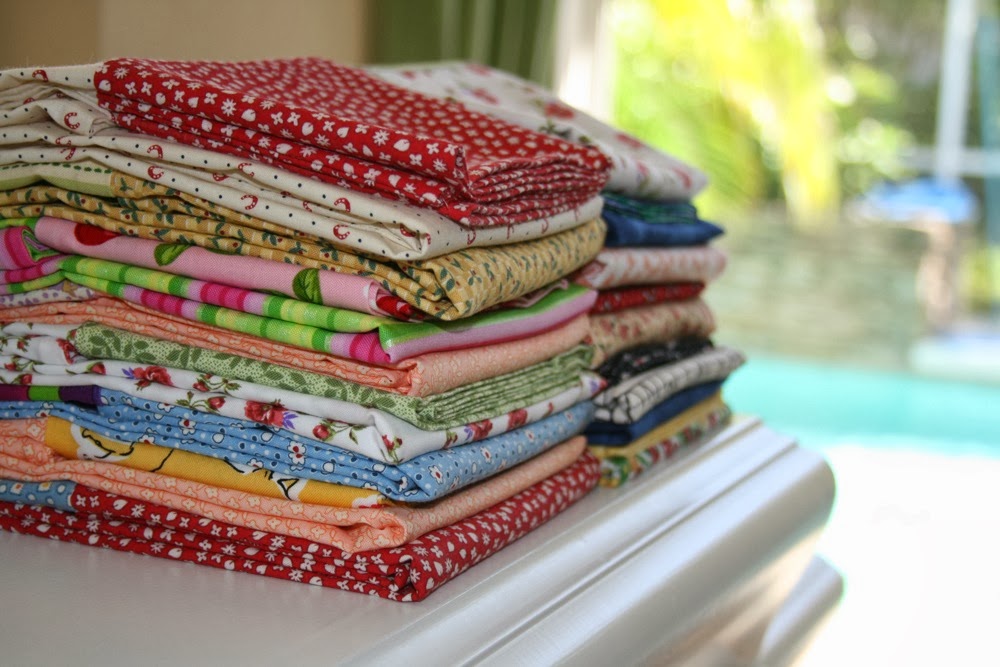 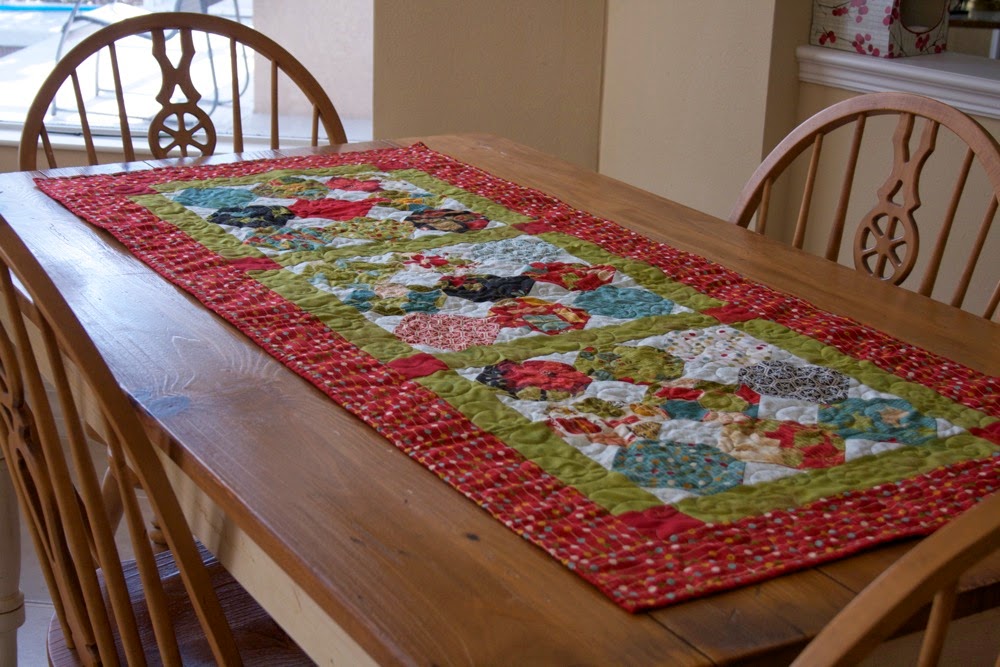 I've spent the last few weeks of the new year trying to get organized in the sewing room.  There's been a lot of rearranging, purging, and reacquainting going on.  I've discovered I have waaaay to many unfinished projects and that I need to dedicate more effort to completing them.

I used some old fabric that has been in my collection for twenty years!  It's really amazing the progress made in the quality of quilting cottons since then
.
Also sewed up a stack of Conkerr pillowcases to be donated locally.

And finally, I made this table runner (using Jovial line) back in 2011, had it quilted along with a top I sent out, and then injured my back before it came back.  I'm embarrassed to say it sat in a box in my sewing room for the past two years.  But it's done now!  I've earmarked it for my sister-in-law for Christmas.

More next time about some sewing I've squeezed in.~