It's been a while so I'll attempt to update on what I've been up to which doesn't involve sewing :(. Right before my daughter arrived from England for the holidays I developed problems with my right elbow so I spent all of December and 2 weeks of last month going to physical therapy.  Diagnosis was Tennis Elbow not that I've played tennis any nor done anything repetitive to deserve the ailment. This quilt top was left stranded on my design wall since the end of November.  I finally finished it up a few days ago.  I made it from the leftovers from a Moda Scrap Bag (and charm pack) I worked on earlier. 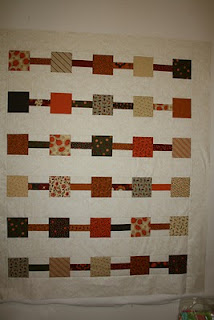 Here's the fabric I am using for the Blockapalooza.  Oh, it took me quite a while to decide what to use.  I was just dying to buy the Sunkissed line that the designers of the blocks are using.  Most of the fat quarters are from the Romanza  line from In The Beginning (2004).  I guess my tastes have changed as for the life of me I cannot fathom why I bought them! 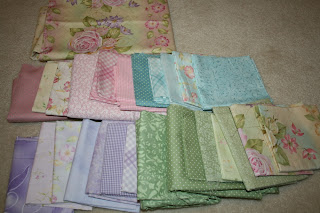 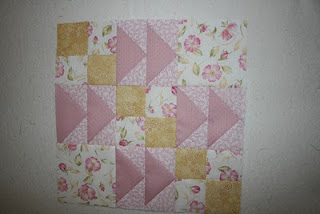 The second block was designed by Oh,Fransson!.  I wasn't nuts about it so I decided to re-vamp things and came up with another design.  That whole trimming -the-blocks-to-make-it-fit just didn't work for me.  I think what I came up with goes with the others so far, 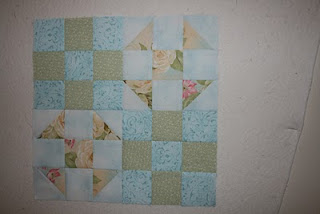 And finishing up with Block 3, 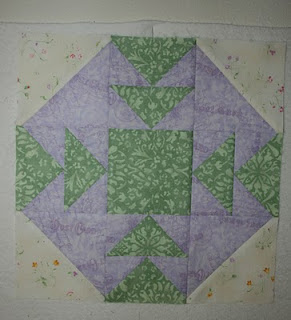 You can see other participants' pictures at Flickr.  Talk to you not too much later!