Let's see:  I finished the blue and yellow bento box blocks and now need to sew that together, I just love the way it turned out.  I did not run out of the fabrics just got sick of making blocks and I think it's large enough. 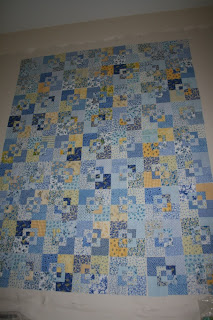 I have this thing where I usually sneak in some fabric with a cat on it in whatever quilt I make and it took some serious looking to come up with some that went, I don't like it to be obvious.  Sometimes I do Christmas fabric instead. 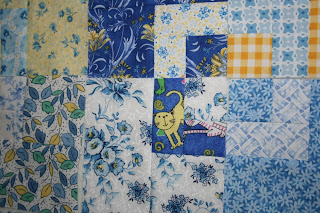 Then it was onto Blue Nickel Studios for Block-a-palooza number nine.  I had my fingers crossed it didn't involve applique.  I love what Scott came up with!  {And I also love the way he numbers his posts, wish I'd thought of that!  Sometimes I waste so much time trying to come up with a title}  He says the middle are flying geese but they are really flying goslings! so small, 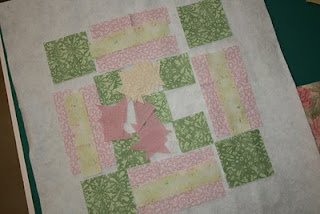 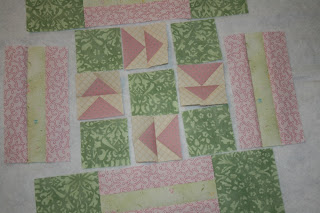 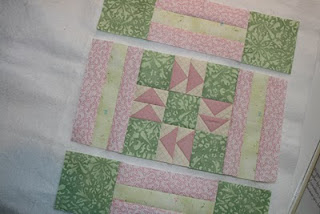 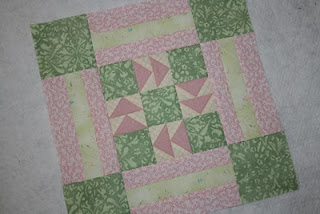 Can you tell I loved every step?!  First time using the light green.  This Romanza line I am using is very odd.  The pinks are such different shades if it weren't for the salvedge I'd swear they were unrelated. 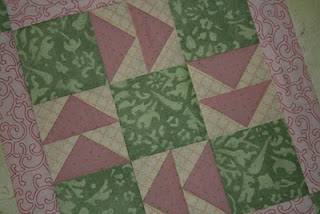 Here are all the blocks, I think that purple one might need some un-sewing and re-doing at some time.  I started using a Value Finder tool.  It's a red-tinted clear window that you look through just to see the value of the fabric.  It was included in a Block-of-the-month that I bought from Joann's (!) when I was a beginning quilter.  They used to give a little notion something along with the precut fabric in the kit {whatever was I thinking?}  Anyway, it works,  I need to get a blue one that is used when looking at pinks, reds. 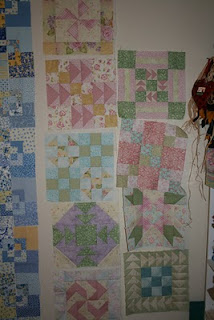 Thanks for looking, now it's back to the bento box.
Posted by Marianne at 3:00 PM