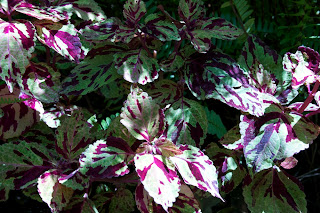 It has been so long since I blogged but I have a good excuse, several in fact.  But first a pic for my daughter.  She asked for this ages ago and I thought I'd share it now as I don't have much of anything else to share.  Natalie, this was Penny's!
Last October 25 I casually bent down in my hallway to pick up a piece of paper and felt something pull in my back.  The next day I could hardly move.  Even after taking four Advil every six hours for days on end.  We had no Christmas tree and a minimum of decorations.  I had written up a project for Moda Bake Shop using Jovial and it was out being quilted when all this happened.  I did not sew for three months.  My camera was giving error messages again so I do not have much to share other than a pic from a table runner I made with leftovers from a prior quilt project. 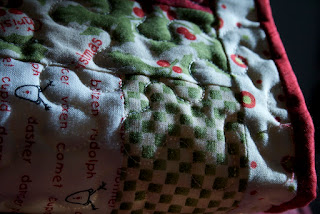 And not a very good pic at that!  I just wanted to let my readers know I'm still here and still have a passion for quilting!  I am off to look at my camera.  More later.
Posted by Marianne at 1:58 PM