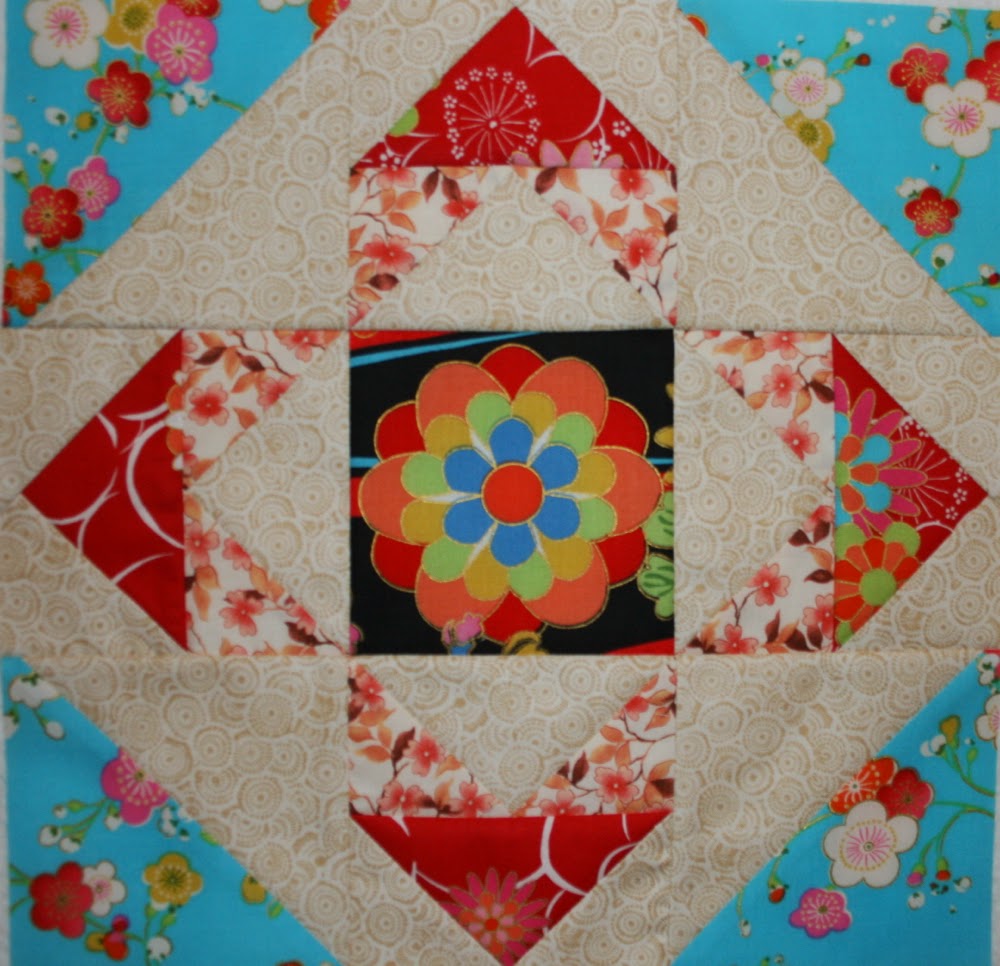 Sorry about the poor quality photos but it's been nothing but clouds in the Sunshine State for the past several days.  I spent the weekend finishing up on some block-of-the-month programs I joined this year.  This is the last block in the Sugar Block Club with Amy Gibson.  All year I've been waiting for the right block to fussy cut a flower and  December was the month. 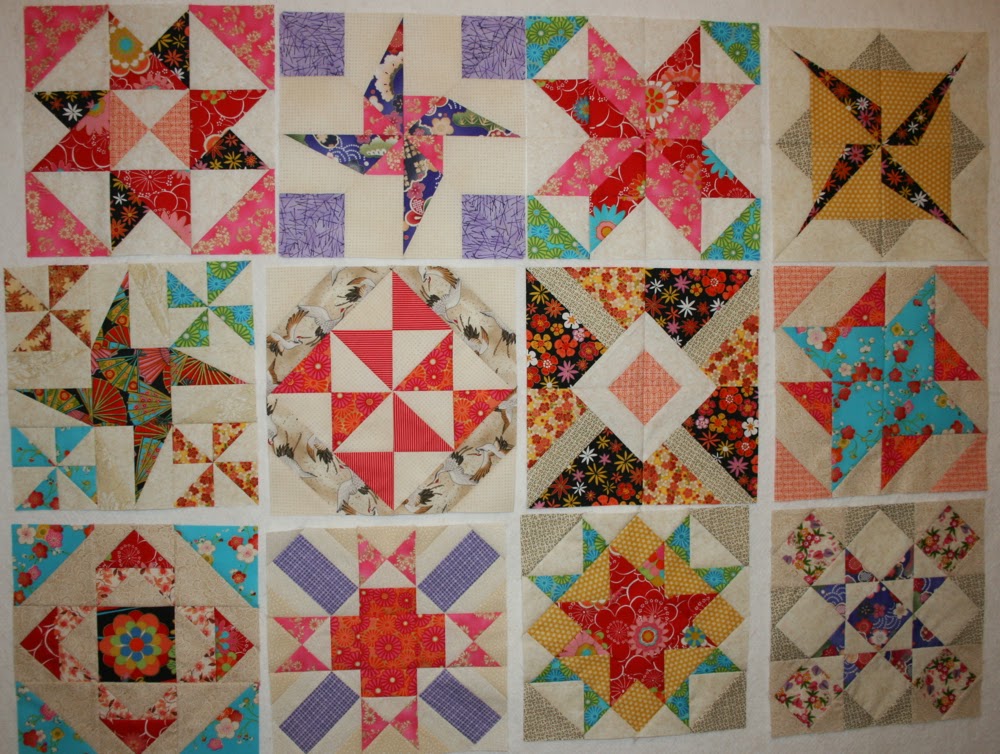 Here are all twelve of the blocks.  I haven't decided how I'm going to set them yet, I might just make a few more blocks.  The fabric was a  line I found at Joann's in their better fabrics back in 2005 that I'd been saving for just the right project.  I love how all the blocks turned out! 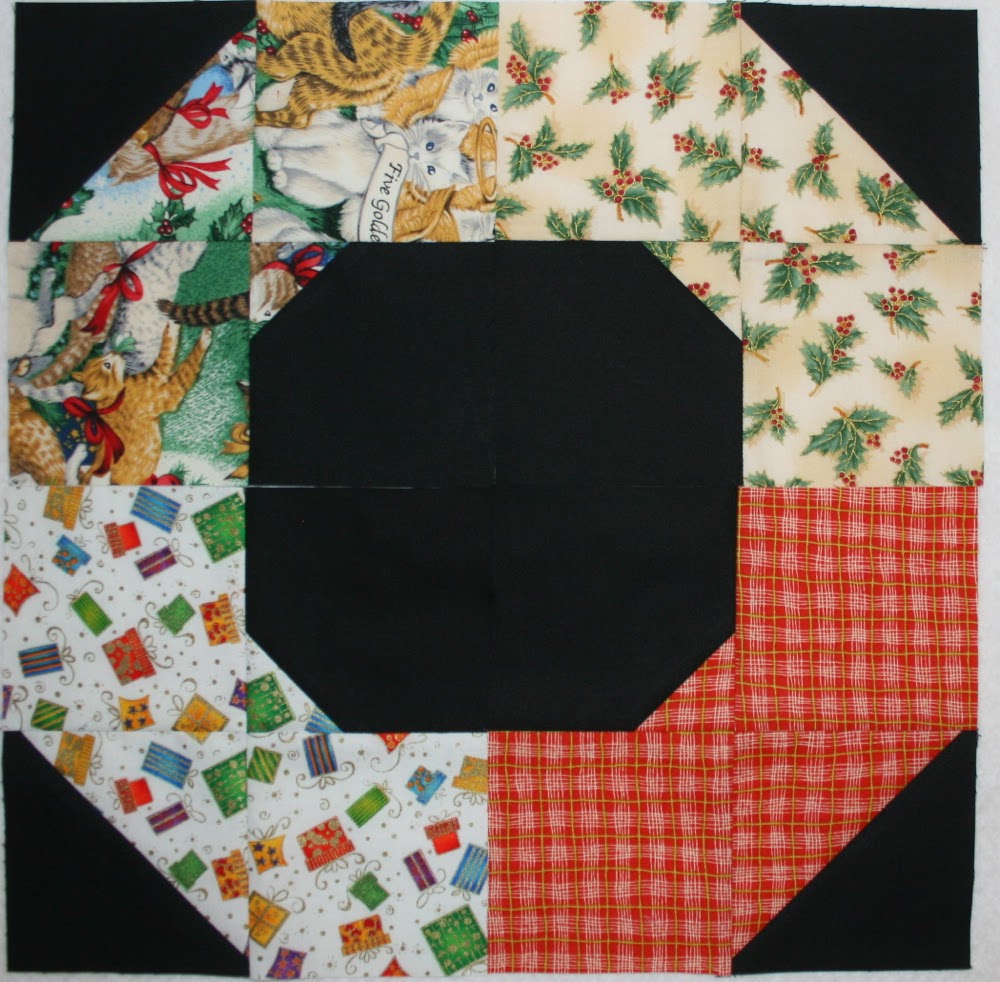 I joined Block Lotto last month and made four blocks for December. 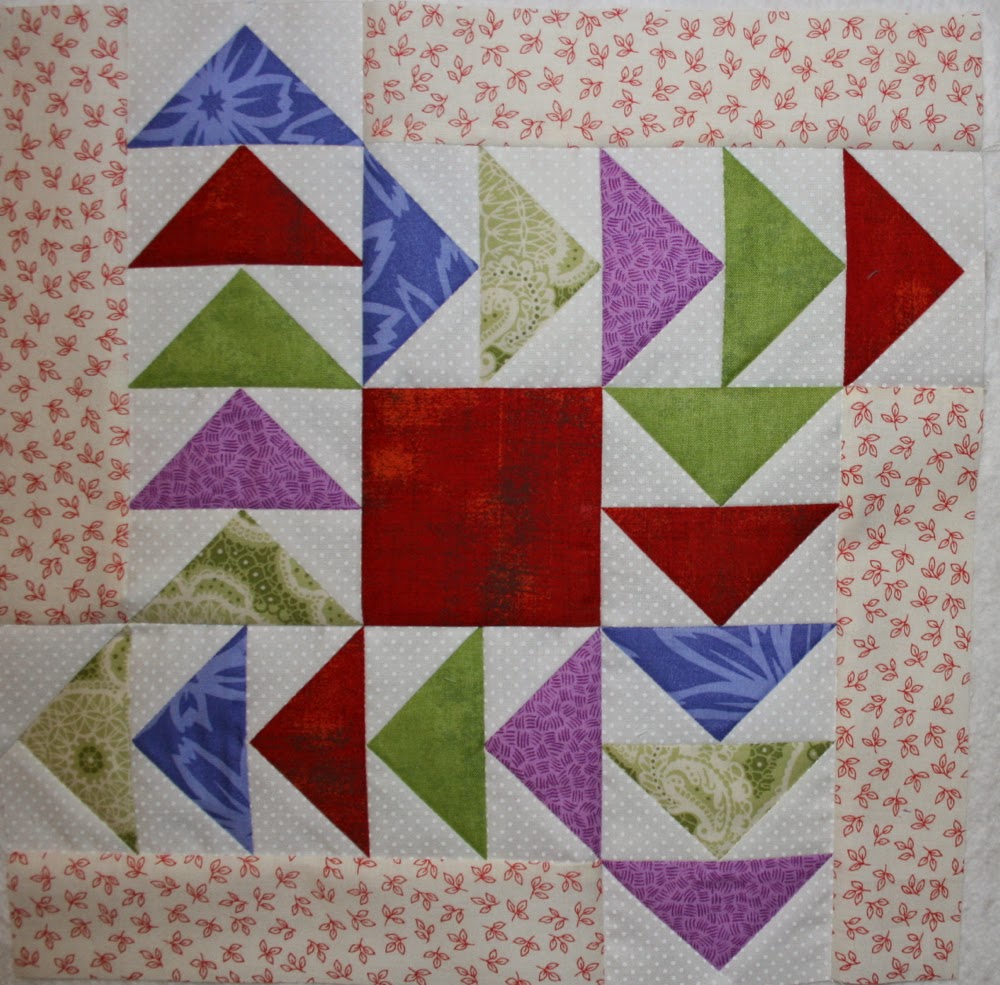 Then it was on to this block.  It's the December block for the Designer-of-the-Month on the Auribuzz site.  That red Grunge fabric is much prettier in natural light!  I used the no-waste method for the flying geese and must have done something wrong as once they were sewn together they were a good quarter of an inch too long. Ugh.  Ripped things apart, resewed, and eventually decided to just re-make the block after never getting it quite right.  I'm satisfied with it finally!

Here's all the blocks for the year.  I made all of them from my scraps which pleases me greatly! 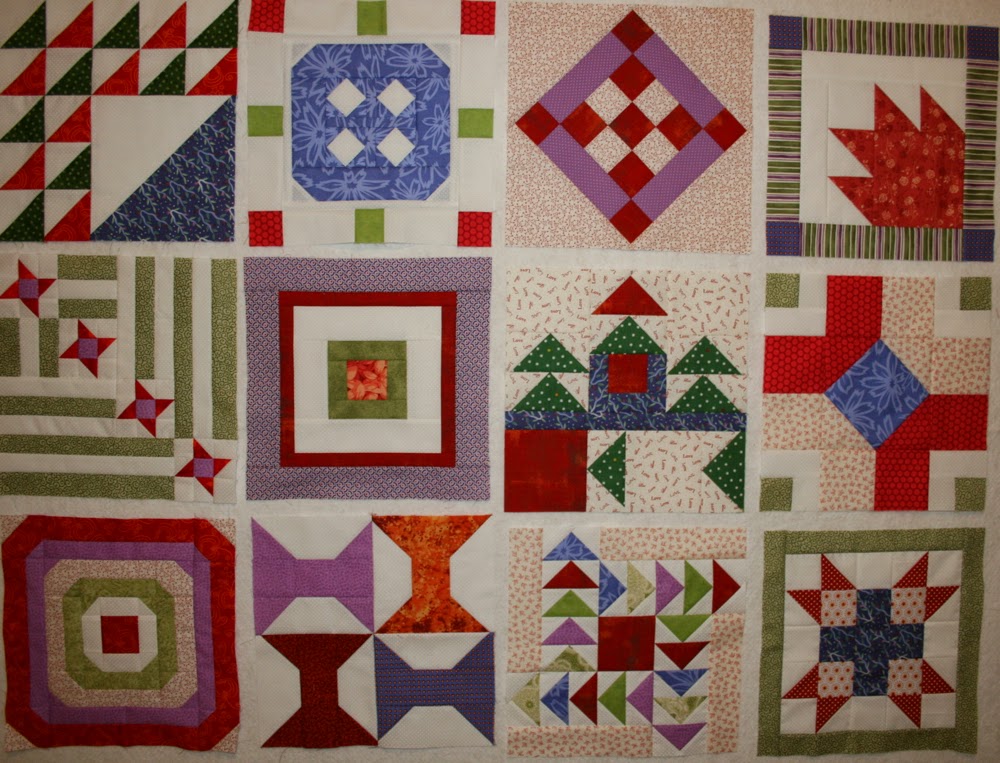 Thanks for stopping by!
Posted by Marianne at 1:21 PM