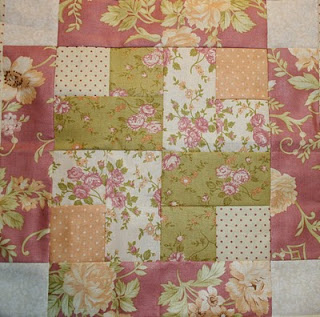 I am way behind in doing this,  posting the last block in the Moose on the Porch Quilt Along and 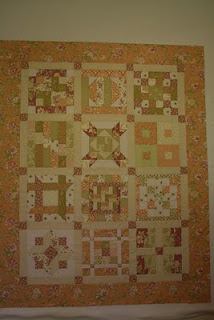 the finished Sampler Quilt.  It's mostly the Fig and Plum fabric line except for some random greens and the sashing which is called Dot.  It went so well I had to use it.  All in all, I like it.
I ended up having more leftovers than I thought and made this, 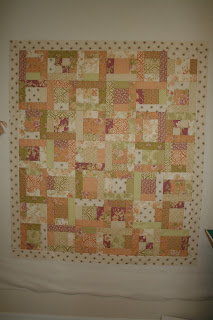 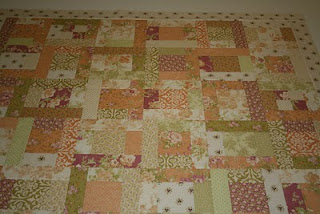 To change gears, Spoonflower had a free swatch giveaway a few weeks ago.  All you had to do was pick one of the many different designs of fabric and they'd send it to you.  If you are not familiar with them, you design your own fabric and then pay from $18 to $32/ yard to have it printed.  Here's the swatch I chose, 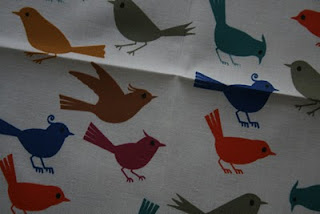 I ordered the quilting weight but was so disappointed with the quality of the fabric.  I am assuming the quality was the same you'd get if you ordered it.  Held up to the light: 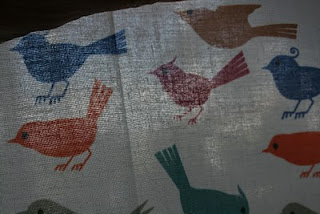 Has anyone ordered Spoonflower fabric?


And lastly some pictures of Amsterdam from our trip last month, 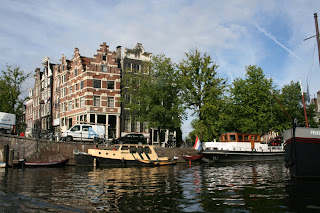 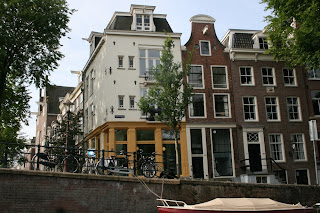 I've never seen so many bikes!  I was a bit envious of it all.  It seems the residents of Amsterdam own 2 to 3 bikes apiece.  I don't think I mentioned it before but like a dunce I neglected to format my camera's memory card before using it and lost about 300 pictures.  It was a heartbreaking discovery.   I have zero of Vienna and only some of each day's pictures.  Really weird how the memory card/camera only captured some images.
I've a few more pictures but I'll have to begin the next post with them as Blogger won't cooperate this morning.  Talk to you later!
Posted by Marianne at 11:40 AM

I love your Jelly Roll sampler finish. I have all my blocks finished but haven't done the finish yet. It got pushed aside by some other must-dos. Now I'm inspired by yours.