My LQS had an After Market Moda Preview on Saturday complete with two Moda reps on hand for show-and-tell, and woo hoo there are some really nice new fabrics coming out in the next few months! 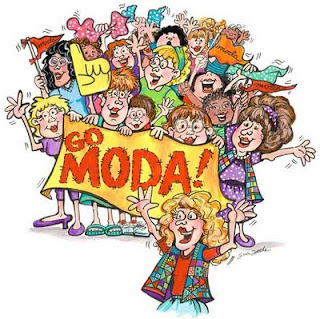 There were close to 100 quilters on hand and after the show were treated to a free lunch. The husband of the shop's owner is a chef so the food was delicious! I had no idea when I signed up that a lunch was included, talk about being pleasantly surprised. 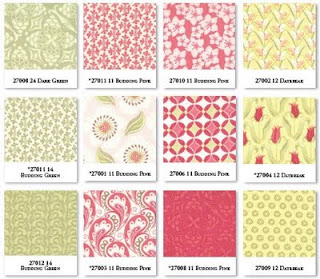 This is Verna by a new designer, Kate Spain. Really soft and pretty. 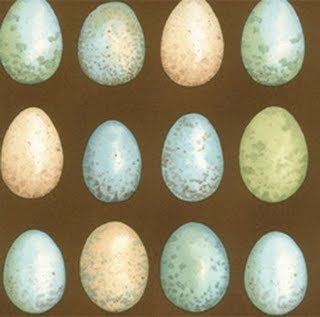 This egg fabric part of Cherish by Deb Strain was very popular. The reps had brought quilts that had been displayed at Quilt Market featuring the new fabrics. The Cherish quilt used this egg fabric as an inner border one egg width wide giving the appearance of scallops. Hope that makes sense. 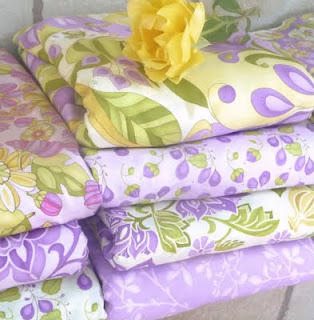 This was my favorite, Eden by Lila Tueller. It is so pretty in person. 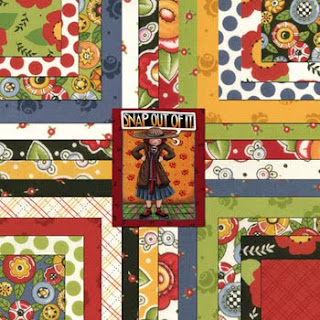 Attitude Girls by Mary Engelbreit, love it! This is only a glimpse of what was shown. It was really neat to see and touch all the new fabric. One of the reps had met and been to many of the designers' homes so we were treated to descriptions of their studios and design process, such as the fact that Sandy Gervais paints her designs. And her studio is a vacated Carnegie Library built in around the turn of the 20th century. 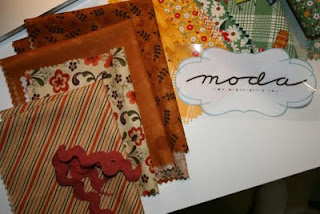 There were giveaways, a few harvest-colored fat eighths, and a Moda decal for my car! 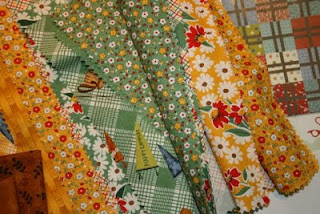 And I won some fabric from the Happy Campers line! 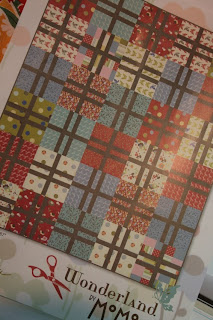 And we all received a free pattern. All in all, a fun day was had by all!
Talk to you later.
Posted by Marianne at 12:30 PM

That egg fabric is BEAUTIFUL! It could be used so many different ways!