Fish Swimming in the Road 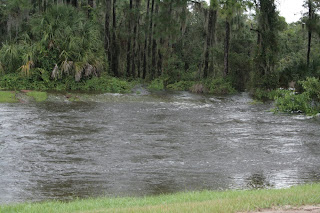 Really. We had a hurricane-worthy storm rain-wise early Saturday morning and throughout the day. Yikes at one point I thought our pool was going to overflow, it was that bad. This is a picture of water flooding the woods and making its way to a lake. Normally this is grass. 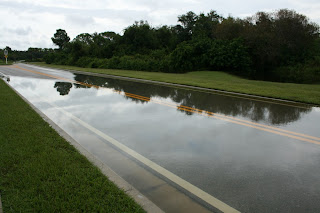 Here's where the road flooded from overflow from another lake and.. 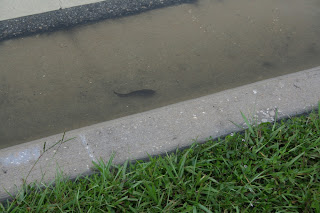 there were catfish swimming in the road! It was difficult getting a picture as I was on my bicycle and had no boots. Plus there was the occasional car to avoid. The fish were discovered rather quickly by hawks and osprey. 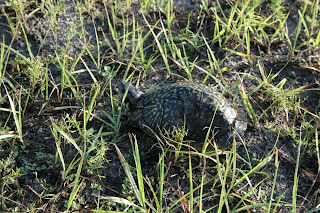 Here's a turtle I recued from the road. They can't make it up the curb. 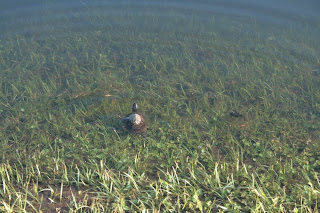 He kept looking over his shoulder astounded at his good luck, I suppose! 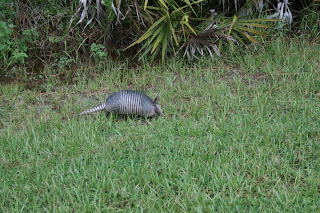 And lots of armadillos displaced by the flooding. 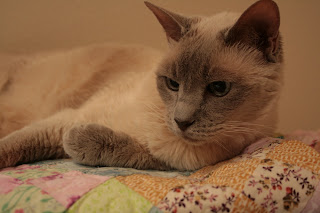 In between pictures, lots of sewing was going on. I have just the outer borders left to add to the project I started the other day. Way too dark for pictures yesterday. Here's Cinabella keeping me company. She's a Tonkinese which is half Siamese and half Burmese. She's 15 years old. 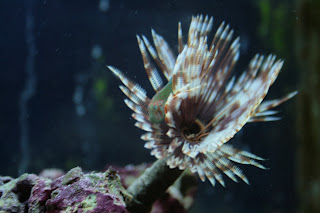 We have a saltwater aquarium and I thought I'd share a picture of a fish that's taken up residence in a fanworm, or featherduster. The worm is none too pleased and will spin its top trying to dislodge the fish.
Thanks for visiting.
Posted by Marianne at 10:45 AM

I have two tonks! (We are together on the black & white challenge blog - I followed your link to see more quilt show photos.)