Last stop before driving back to Richmond was Chincoteague Island. This area was made famous years ago by the children's book, Misty of Chincoteague and of course by the Chincoteague Pony Swim. 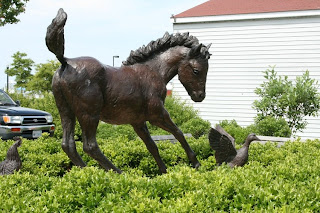 There's a statue of Misty in Chincoteague.

We stayed near the Bed and Breakfast where Margarite Henry wrote her novel. 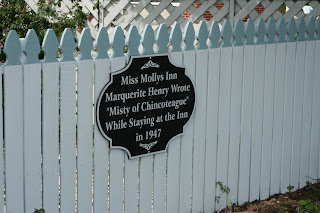 The stores seem to have unusual hours! 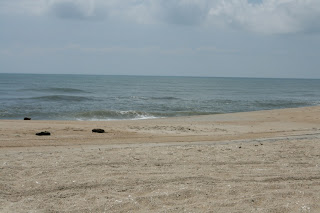 The seashore was just beautiful. It has been left in its natural state and was very uncrowded. 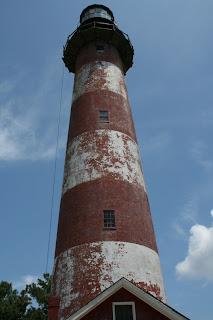 Here's the Assateague Island Lighthouse. The mosquitoes were unbelievable even with insect repellent on. 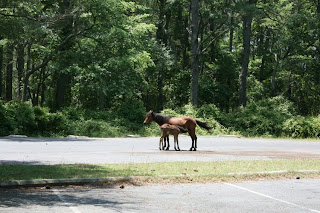 There are herds of wild ponies living in the marshes surrounding the seashore. We stumbled upon this mare with her baby. 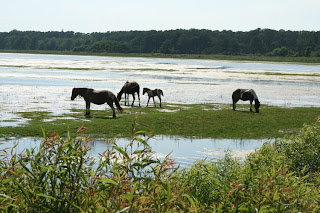 And more while at the marshes. We were hoping to see them on the beaches but no luck there. 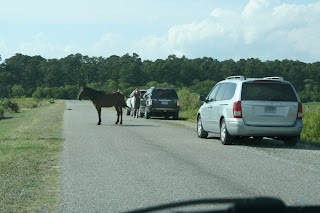 This guy blocked the road for a while and someone was actually petting his head although you are admonished not to as they can bite and kick. 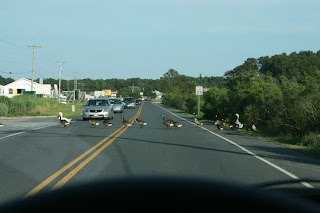 We were stopped for a while to allow these geese to cross. The large white one on the right stood in the middle of the road and honked for a good five minutes encouraging her babies refused to follow! 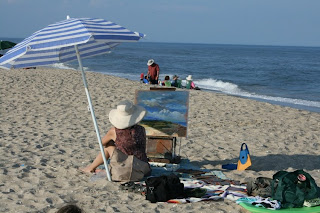 We saw a number of landscape painters. 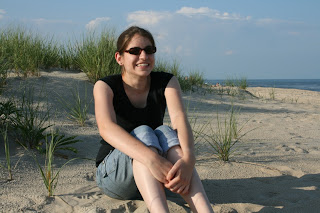 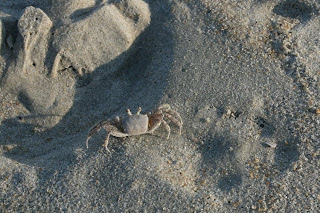 I think the lighting was just right to catch this guy. Talk about blending in with your surroundings! 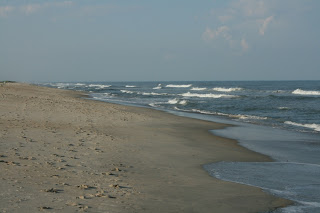 One last picture before we left.
Posted by Marianne at 8:00 AM

Hello my name is Fabiana'm from Costa Rica I like very much .. Quilting I liked your blog, you have very beautiful work.
I hope to keep in touch my email is fabimena@gamil.com
Greetings
Fabi