A Trio Of Blocks 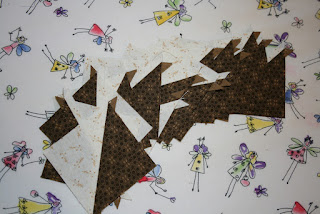 After a trip to the grocery store in the rain, I made some HSTs  for a block Randy had published on Wednesday for her Sow-A-Long.  Oy, those HSTs are too small for my tastes.  I've tried ironing them and flattening with books when still hot---I'm sure steam would do wonders but I've never been able to use it without distorting the block. 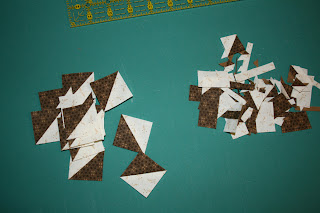 I must have misread and cut the squares way too large cause I had a lot to cut to get to 1.5 inches trimmed. 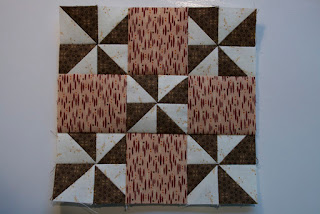 And here's the 6-inch block finished. 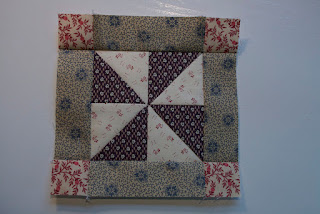 I decided not to make the second block Randy posted and went with this one instead.  It's still 6-inch, of course---I think it's called Framed Pinwheel. 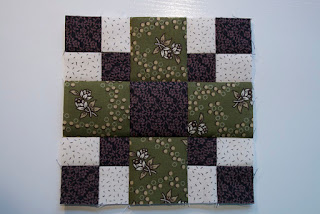 And this is Thrifty.  Nice and easy after those HSTs on the first block. 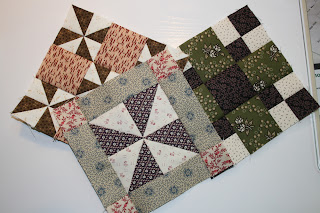 Talk to you later~